The 2006 British White paper on good governance opens with a bold assumption, stating that good governance is about good politics, period! That good governance is predetermined by the nature of politics (good or bad). Politics is central to reducing service delivery as it shapes and influences policy making. In other words, politics determines who gets what. Furthermore, underlying politics are elites who fund campaigns; making money the most essential tool in politics.

What this means is that economic and political elites are a recycled small group of people who determine who gets into what public office and for how long. As such, governance is driven by loyalty to the elite, paying back loans and ultimately mostly serves these elites, leaving many behind. Public office holders are neither elected nor appointed based on capacity but on the ability to buy votes. After which the elected officer ignores the needs of the poor to satisfy those who got them into office. This drives the huge disparities that exist between the elites, struggling middle class and Nigeria’s most vulnerable group; the poor. 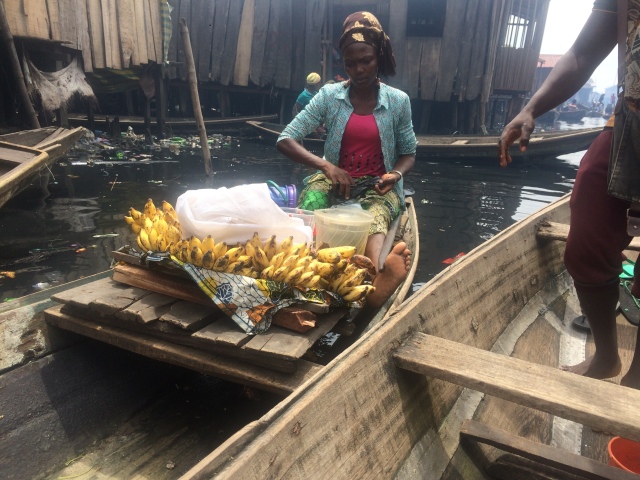 As such, money itself has become a dominant factor in African politics. Money seems to have taken the centre stage in the political process in most countries and even more so in Nigerian politics. It is, sadly, now playing an increasingly critical role in determining who gets elected and who the beneficiaries of such governments are as political financing makes economic elites powerful and the main beneficiaries of government, in the case of a military government; political elites play this position. Presently in Nigeria, political parties’ formation and financing create room for economic elites to hijack government for their benefits.

The argument is be reducing the role money plays in politics, but making politics work for the electorate regardless of such role. Money is an essential part of political processes globally, and even more so in many developing nations. Howbeit,  money continues to take a back seat in the discourse on creating incentives to drive better governance; a governance that works for the benefit of the majority.The role that money plays in politics by all accounts creates an uneven playing field and an unequal access to the office.

The implication of this is that in the longer term; it bred a huge threat to Nigeria’s democracy. Upon closer inspection, Nigeria’s political structure disempowers the electorates and makes it impossible for the government to be held accountable to the citizens.

Expert explanations about bad governance, poverty and inequality in emerging nations such as Nigeria is often the disregard for key factors such as but not limited to the lack of long-term planning. In Nigeria, this is even more so the case.

Such reasoning often fall for the fallacy of a single cause; “Nigeria is poor because of oil curse and falling prices” or more popularly, “Nigeria is poor because of corruption”, yes these points are valid but are merely created by the vacuum left by poor governance and lack of tangible planning for development. For example, in 2016 forward-thinking China launched their 13th five-year education plan; The plan encourages the cultivation of students’ entrepreneurship and innovation capabilities and practical skills. It also emphasises the need to strengthen exam and recruitment reforms, promote higher education, develop internet plus education, and promote and regulate private education.

In terms of the economy, the self-induced recession via a scarcity of foreign exchange (FX) is a recipe for disaster in an import-dependent economy.  Also, the Nigerian Central Banks policy to restrict Nigeria debit and credit cards from trading outside of Nigeria in other to boost the “buy Nigeria” campaign makes no economic sense, because, in reality, the cost of manufacturing and producing “made-in-Nigeria” does not make the pricing competitive and affordable.

This single account has killed many Nigerian small businesses who depend on foreign goods or services to run their businesses. For example, two years ago, a Nigerian small business could purchase items online from China to run their businesses at a much cheaper rate, today, many other those businesses do not exist. The logic behind this policy is to control illicit funds, dismantle the black-market and combat corruption but the technicalities of what makes such policies efficient are lacking greatly, thus, causing more harm than the intended outcomes. If Nigerian banks have a scarcity of FX, it still leads Nigerians back to the black-market it was trying to dismantle; allowing the black-market so much power in setting the FX rates. While the blockage of Nigerian credit and debit cards isolates Nigeria from the global market from Nigeria and vice versa.

Recently, the acting president of Nigeria VP Yemi Osinbajo launched a 60 days national action plan to improve and create business friend environments in Nigeria. The main focus is on the entry and exit of goods and the entry and exit of the person into Nigeria to be improved,  as well as improving transparency and efficiency of the government parastatal. While this is a great idea, it is largely built on the assumptions that administrative challenges are the reasons why doing business in Nigeria are difficult. While this is true, technicalities such as lack of electricity, the reconciliation of state and federal taxation policies, custom high charges, bribery, bureaucratic processes and middlemen in the process of getting a license or business registration are much more urgent necessities.

The government needs to focus more on implementing the existing practical laws and policies that make doing businesses easier and cheaper. In Rwanda, a business registration can be done online without lawyers and other middlemen and gotten in less than a week. Making Nigeria work for the benefits of the poor majority requires the following;

Making Nigeria work for the benefits of the poor majority requires but not limited to the following;

Nothing replaces planning for growth and development and following through; Nigeria’s population is estimated to be 200 million by 2019. What is the government’s ten-year plan for education, jobs, healthcare, food, water and housing? Nigeria’s population is often referred to as an advantage, but it is only an advantage for businesses as the population power drives demand, however, the government is not using such advantage to the nation’s interest, as there is no preparation to accommodate growth. In terms of inter-African trade and economic penetration, Africa has 31 francophone nations, how is Nigeria preparing to penetrate the francophone economies? Why is French not made a compulsory subject in Nigerian educational curriculum? What is the government’s plan to for trans-continent trade with other African nations? Nigeria needs a unified development plan that is tied to a ten-year plan across all the states in Nigeria, upon which policies can be developed and projects implemented in line with those plans and strategies.

In conclusion, the political economy of Nigeria requires a proper restructuring, one that enables active citizenship participation as the role that citizens play in good governance cannot be overstated. Further, citizens must move away from the passive role used only for campaigning and “winning” elections as assigned to them by political elites in governance processes and begin to see themselves as relevant participants in driving good governance in Nigeria. Secondly,  must be flexible with economic policies and be willing to try every and anything until something that works comes along. The free markets have its advantages and disadvantages but for this static economic stage Nigeria has found itself, it seems a viable trial option. Thirdly, making Nigeria business and tourism friendly should be viewed from a longer term perspective that goes beyond getting a visa in 48 hours but more in terms of making Nigeria as a country function, because getting a visa a business license quicker does not negate the challenges paying state and federal taxes and bribes in some cases to run a business, nor does affect the cost of running a generator. Nigeria’s rapidly growing population should be of utmost emergency to the government, the government cannot afford to carry on like this ticking time bomb will sort itself out and nothing will replace planning for this. Right now the unemployment rate is at a record high, schools are barely able to accommodate student due to lack of space and facility. And lastly,  as the giant of Africa, Nigeria needs to position itself to penetrate not just the English-speaking African nations but the francophone ones as well, and what better way to do so than making French a compulsory subject in the education curriculum.